The world economy is in turmoil and crises are appearing perhaps more often than before. On the other hand, crises offer an opportunity for renewal. What Finnish exports might look like in the near future? How does the green transition change the industries and where are the new export markets? What is the role of finance in the change?

These topical questions were discussed in a panel at Finnvera’s export night on 3 November 2022. Despite the recent exceptional years, the participants also saw positive signals ahead.

“It’s been a year that has been impossible to predict. Our aim is to move the company where the possibilities are. There are always new markets”, said Eeva Sipilä, CFO at Metso Outotec which is one of Finland’s largest export companies working globally in the mining and metals sector.

The global pandemic is starting to be behind us, but there might be another kind of recession ahead as the moderator Mauri Kotamäki, Chief Economist at Finnvera, brought up. What is the financier’s message to export companies and to the market?

“The covid is over but its impact on the economy is still present to some extent. What we should remember is the long term view over the economic cycles”, Jussi Haarasilta, Executive Vice President, Large Corporates at Finnvera said.

A stronger pressure on green transition

The panelists agreed that the ongoing energy crisis pushes the shift towards a green economy.

“The energy crisis can and it already has pushed ahead the transition. Finnish companies have invested in the green transition already in an early stage, our reputation is good, but we could do more. There are lot of business opportunities for Finnish companies. Finns are trusted and known for the technology and knowhow”, Lenita Toivakka said.

Toivakka has previously served as a Minister of European Affairs and Foreign Trade of Finland and as a Secretary General of the Global Compact in Finland. Her lessons to exporting companies are to be aware of the risks and also to take advantage of the opportunities of different markets. For example, to utilise more the free trade areas around the world.

On the other hand, competition within the green transition context is tough. Is there still room in the markets? Yes there is, believes Eeva Sipilä. There is competition but it is possible to be the frontrunner when you find your share of the market.

“Sustainability is at the core of our strategy. As a Finnish company to be competitive, we provide the technology to meet sustainability challenges.”

“ECAs have a good opportunity to speed up the change. We finance export projects related to new technology, and in Finland there are great companies to create new innovative solutions”, said Jussi Haarasilta.

Finland – “the last stop of the Western world”

We live in a very different world than a year ago, when the atmosphere was positive and growth-optimistic after the pandemic. The previously somewhat important Russian export market has practically disappeared. It has had concrete effects to Finnish exporters, but the withdrawal gradually started already in 2014, remarked Lenita Toivakka.

“We will not have trade with Russia for decades, some say for generations. But there are other markets, we just have to go there. Turn to the west, to Africa, to the Middle East, to South East Asia”, she stated.

The role of the export credit institution is to bear the risk and guarantee trade also in countries with a political risk. How exceptional the situation and consequences, that followed the war started by Russia, are?

“They are certainly exceptional but not unique if you look at the history. Russia’s share of the Finnish trade was 5 per cent in 2021. It can replaced”, said Jussi Haarasilta.

For Metso Outotec this year has meant drawing away from Russian market.

“We’ve been surprised how quickly we have been able to find replacing markets. We are still working on it. Every country is different, but as a small country we Finns tend to be neutral. It helps operating on different markets”, Eeva Sipilä said.

The key to the success of the Finnish exports?

As the pandemic quickly pushed through reforms in societies that had been discussed for years, one would expect future changes to be easier. What is “the key” that enables Finnish exports to come out of this economic downturn as a winner?

“Trust. That is the best asset of the Finnish companies”, Lenita Toivakka crystallised.

“To be prepared for the crises as well as for the opportunities. The ability to change, to re-innovate is the key”, Jussi Haarasilta said. 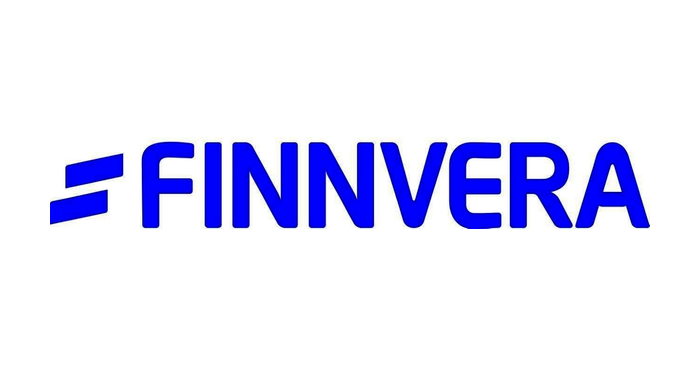 Source: “Trust is the best asset of Finnish companies” – Experts see positive signs in the future prospects of the Finnish exports | Finnvera